The magnetic resonator piano (MRP) is an augmented piano which uses electromagnets to elicit new sounds from the strings of a grand piano. The MRP extends the sonic vocabulary of the piano to include infinite sustain, crescendos from silence, harmonics, pitch bends and new timbres, all produced acoustically without the use of speakers.

The MRP is an electronic instrument, but the experience of playing it closely resembles the acoustic piano it inherits from. An optical scanner on the piano keyboard measures the continuous position of every key, enabling subtle, delicate gestures that would not produce sound on an ordinary piano, even as all the techniques of traditional piano playing remain available. The kit can be installed in any grand piano.

The Augmented Instruments Laboratory website features more details about the research and technology behind the MRP.

For information about hiring or commissioning an MRP kit, please contact me. 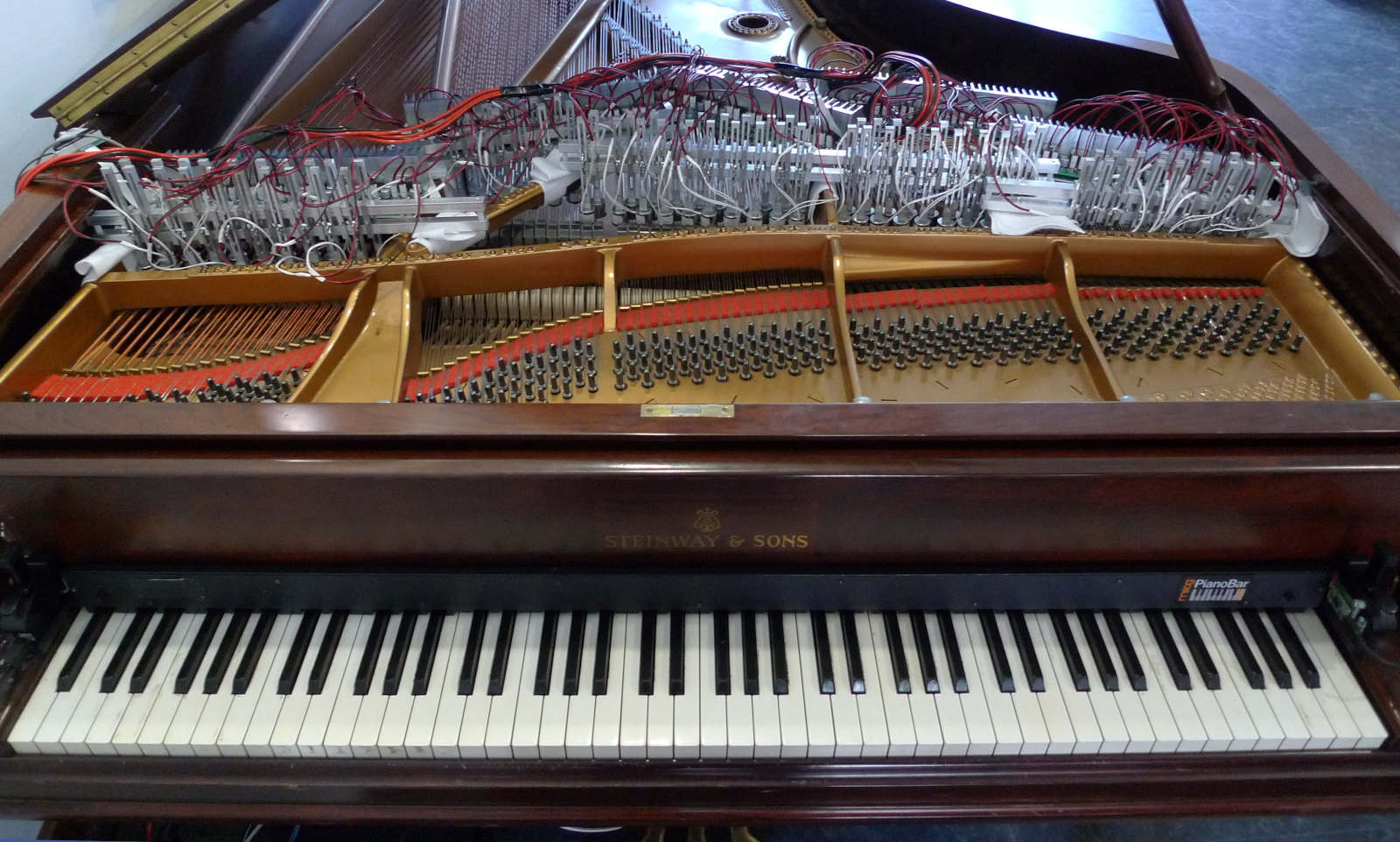 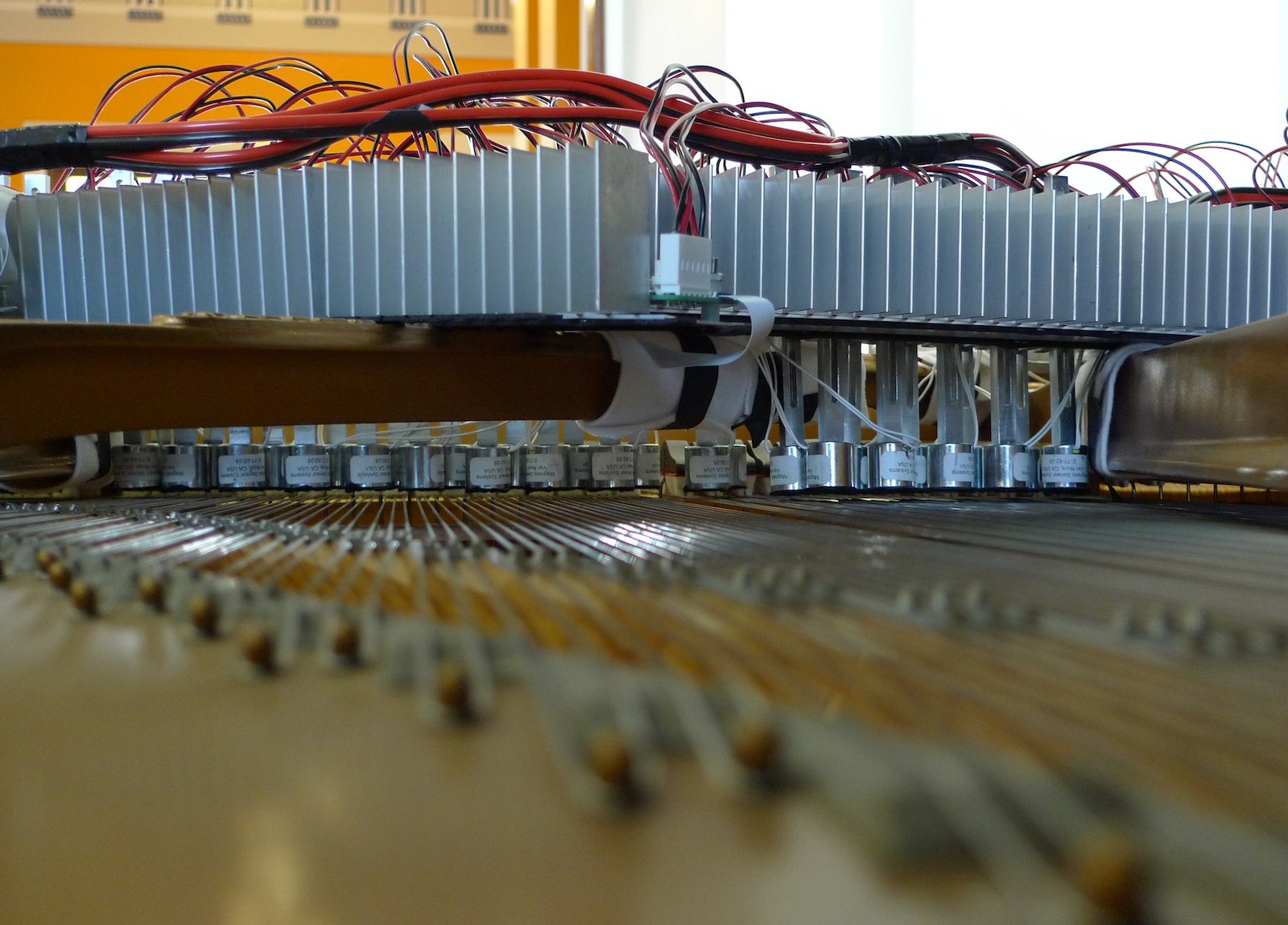 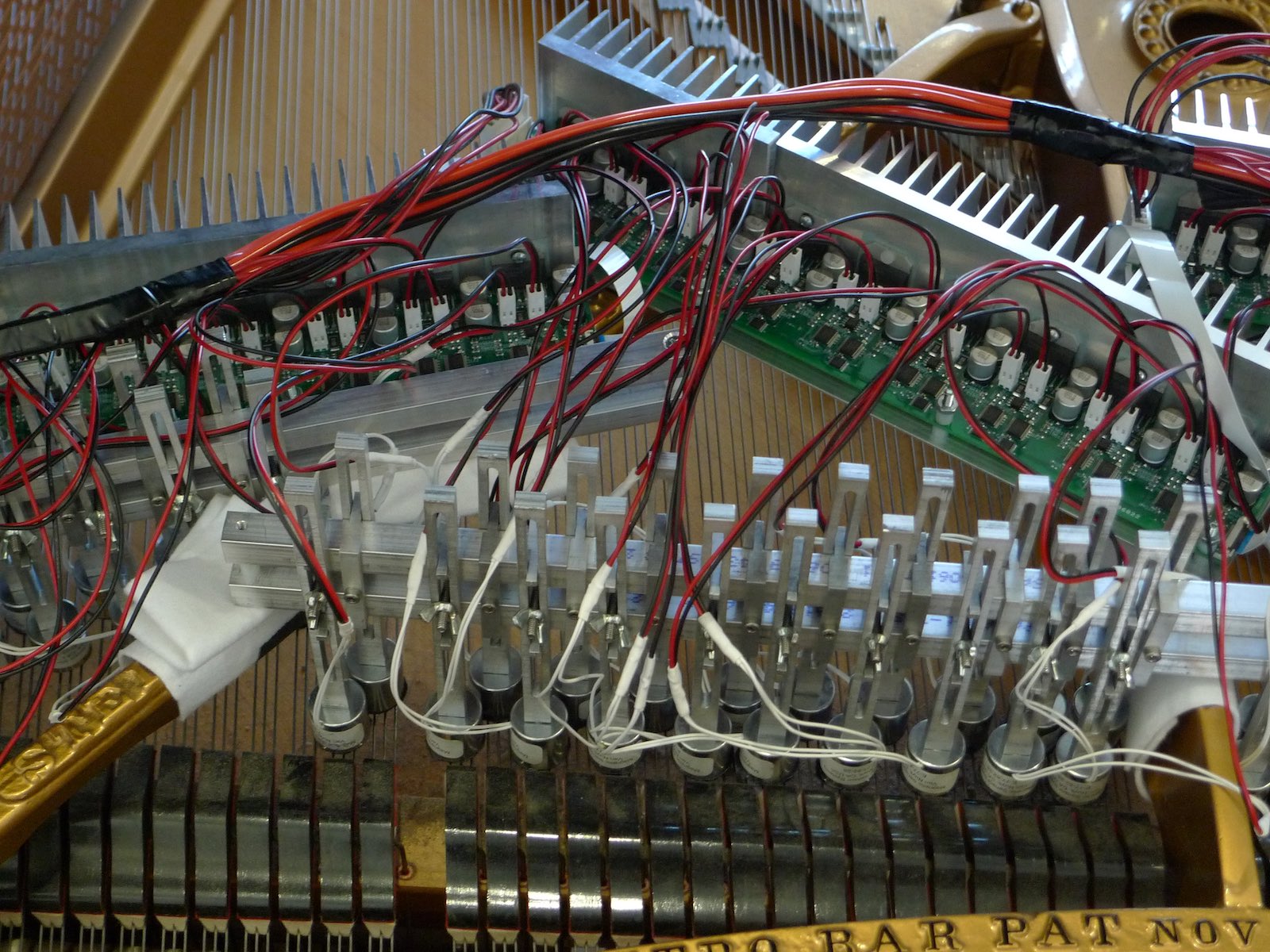 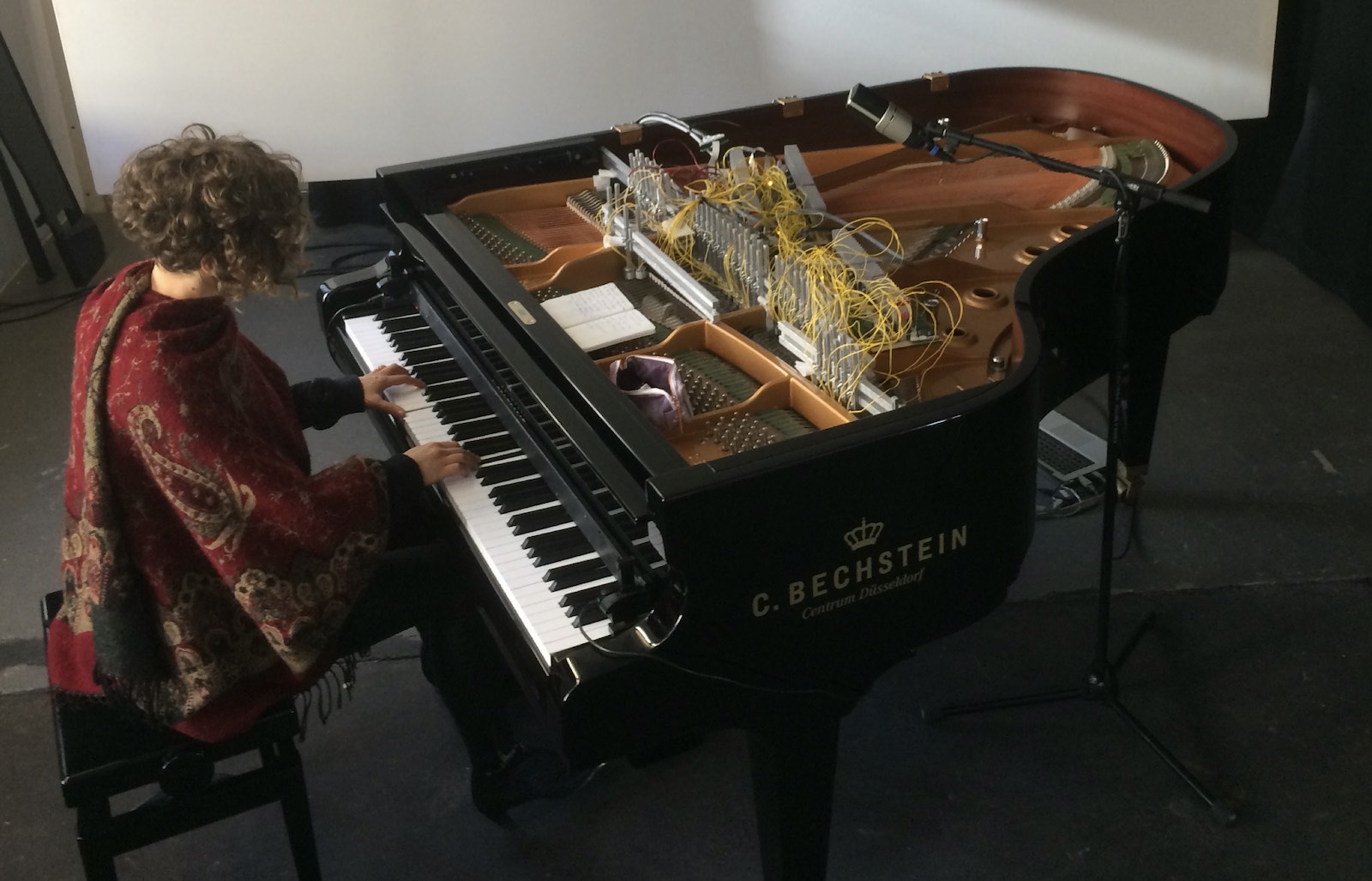 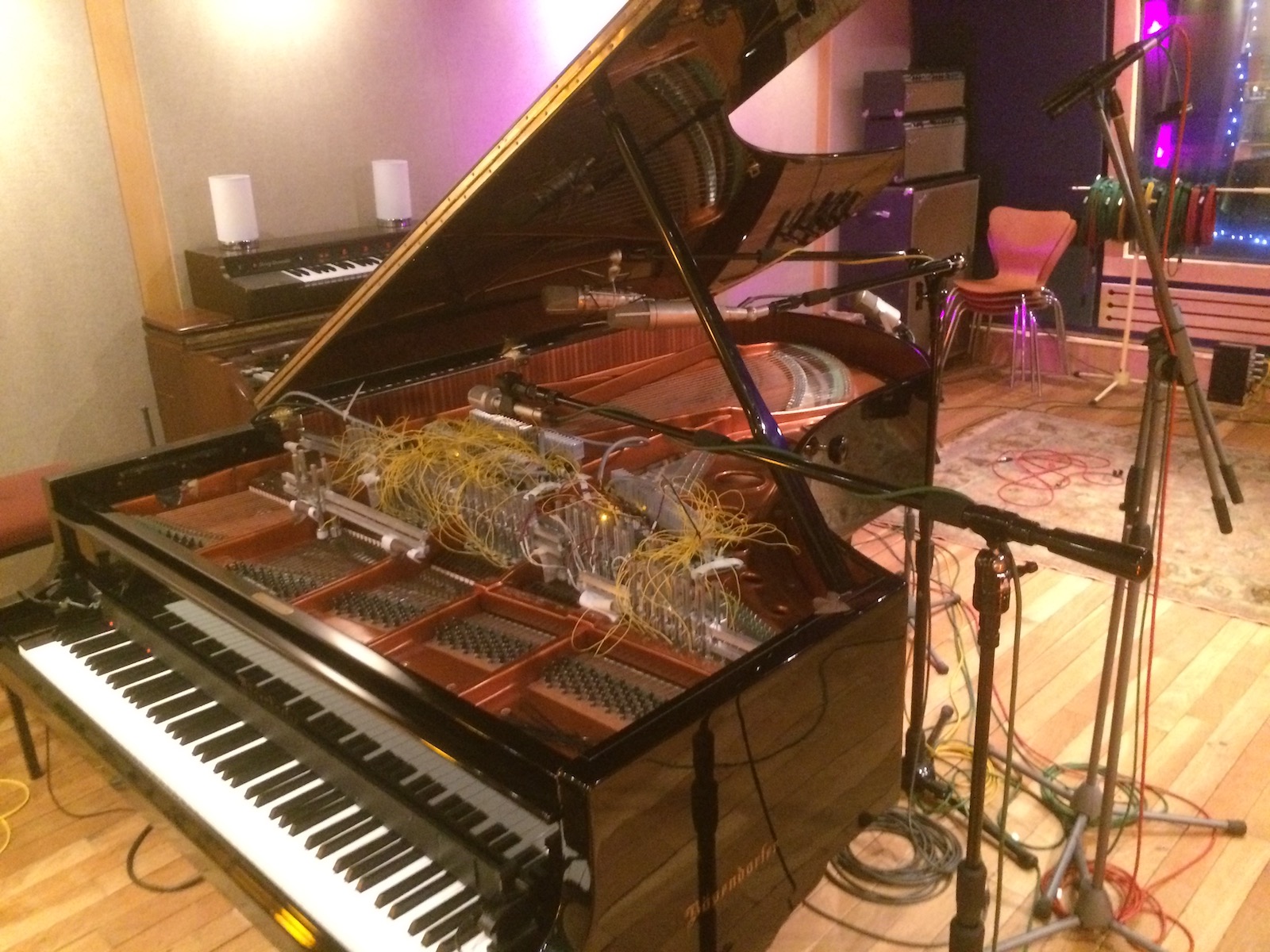 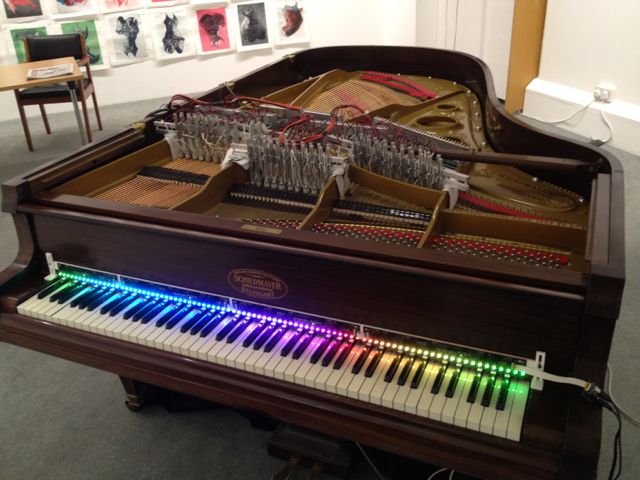 Since its creation in 2009, the magnetic resonator piano has been used in over 30 classical compositions, including solo repertoire, chamber music and operas. It has also been used on jazz and rock albums and a major film score (Christopher Robin, 2018). See the MRP page on the Augmented Instruments Lab website for a detailed list of pieces. Videos of several of these pieces can be found in the playlist at the top of this page.

The MRP has appeared in concert over 100 times across Europe and North America in venues including Barbican Hall, Cadogan Hall and Cafe Oto (London); the Opera Theatre of Rome; the Approximation Festival (Duesseldorf); the New Music Dublin Festival (Ireland) and the Tanglewood Music Festival (Massachusetts, USA). It has been featured on BBC Radio 3 and Radio Eins (Berlin).