The D-Box is a digital musical instrument created in 2014 by Victor Zappi and Andrew McPherson as part of the EPSRC-funded Hackable Instruments research project. The project investigated the ways that musicians appropriate, modify and subvert digital technologies for creative purposes.

To that end, we created the D-Box as an instrument which could be exploratively rewired by the performer using a breadboard concealed inside the instrument. Unlike more familiar modular synths and digital instrument toolkits, the breadboard intentionally did not present a linear, well-formed control space. Instead, feedback loops between hardware and software produce idiosyncratic and unexpected (yet repeatable) results when the circuits are changed. The D-Box was used as a research probe into how performers encounter such opportunities and constraints.

Details on the research and publications can be found on the Augmented Instruments Lab website. The design plans are fully open source. 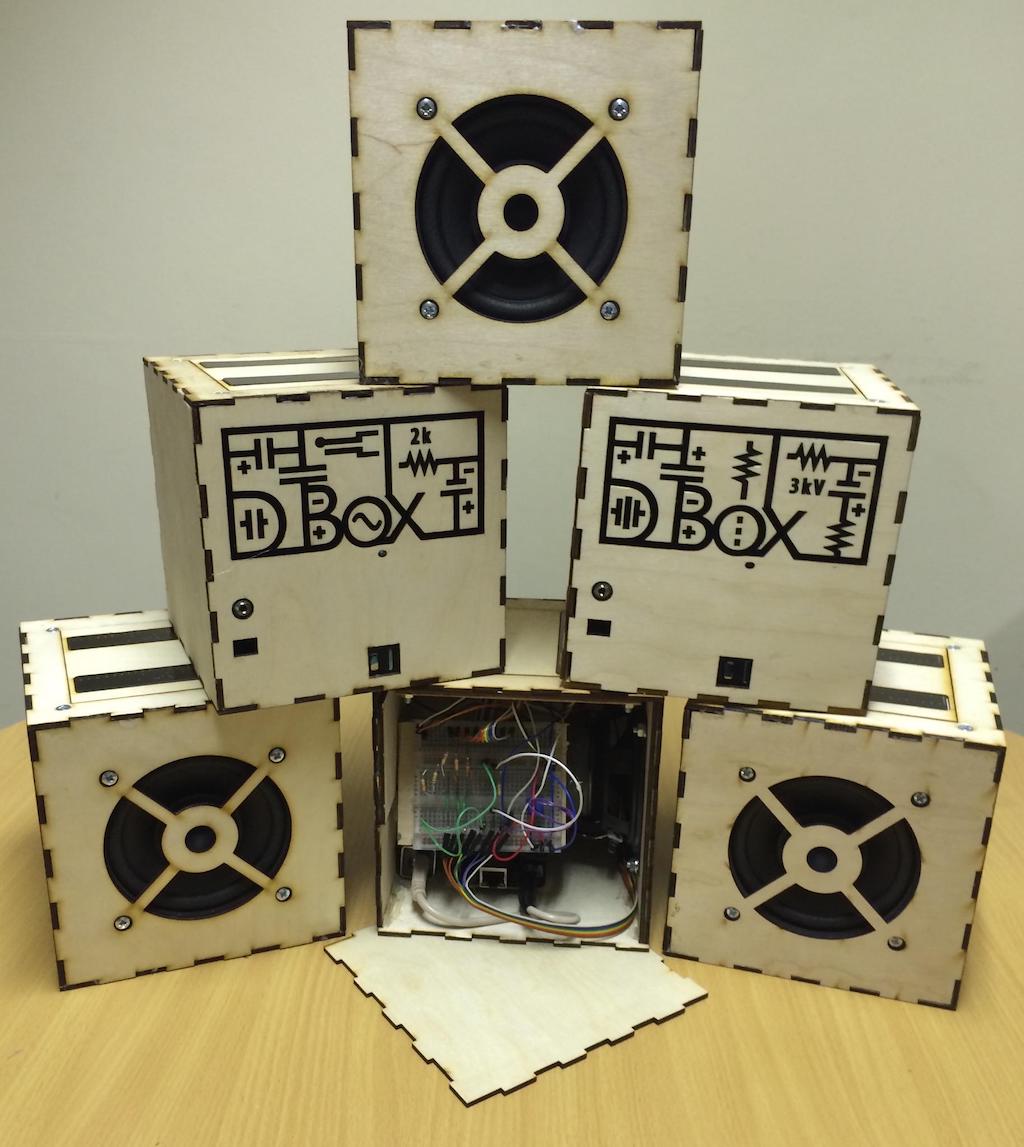 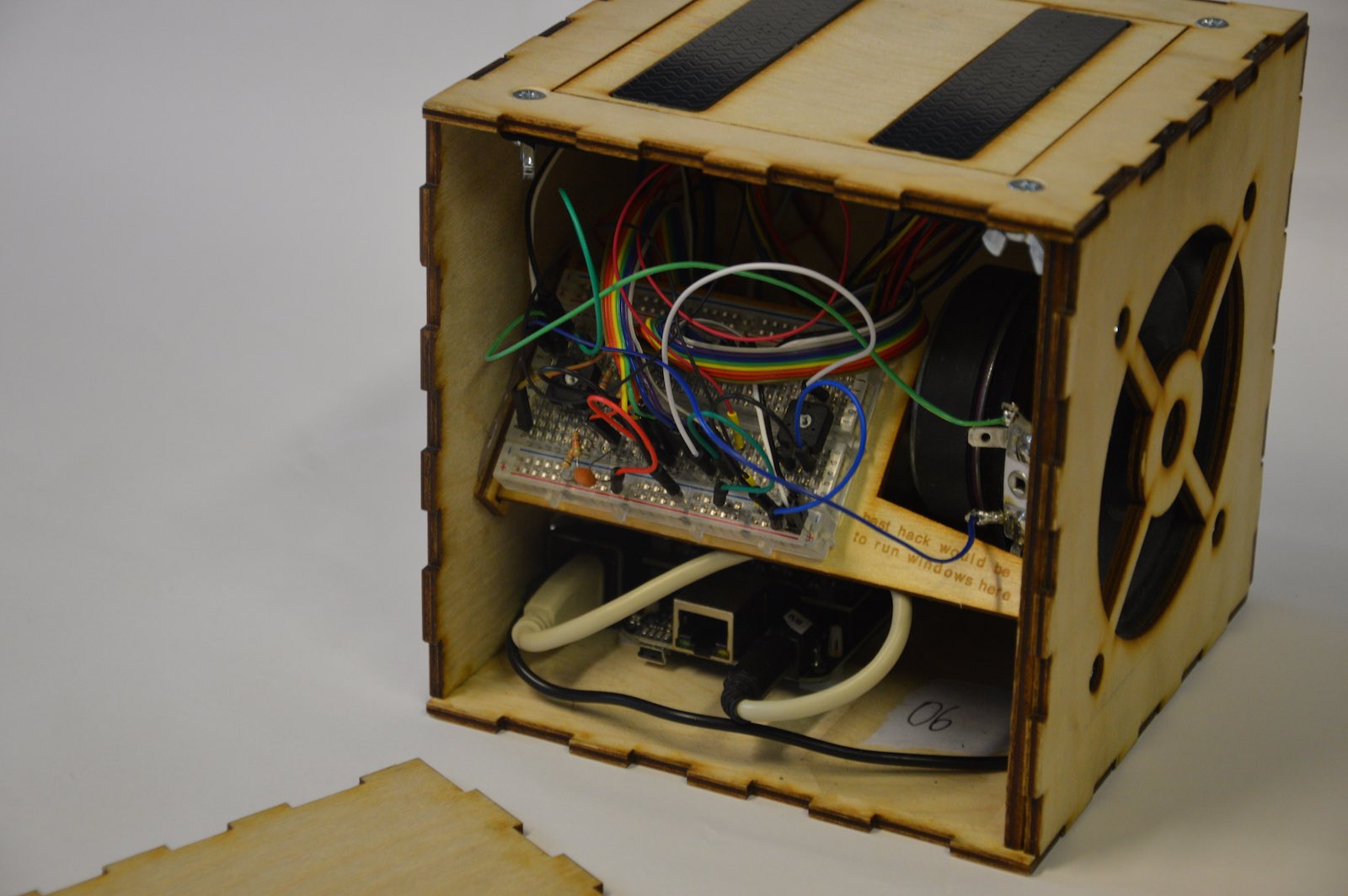 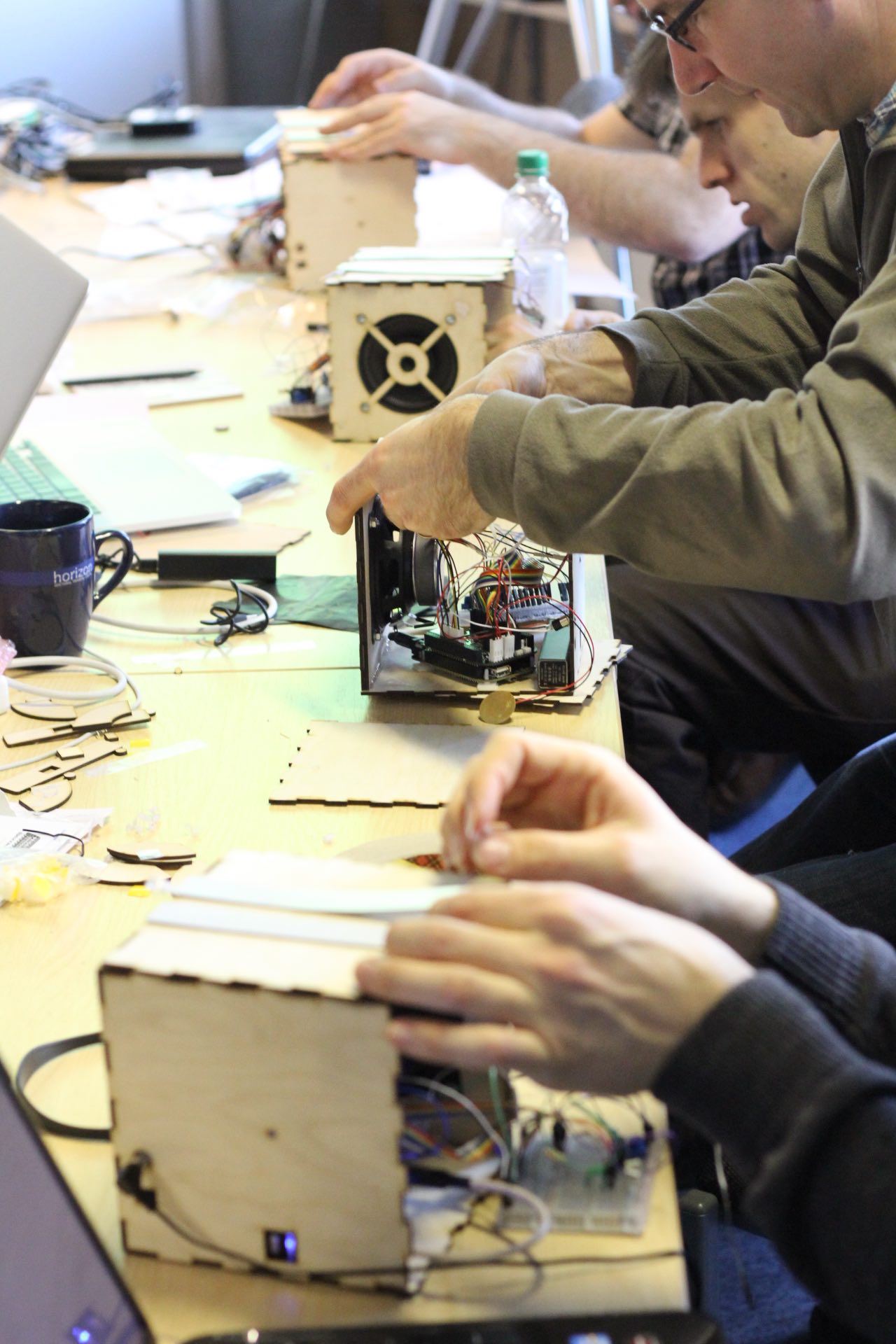 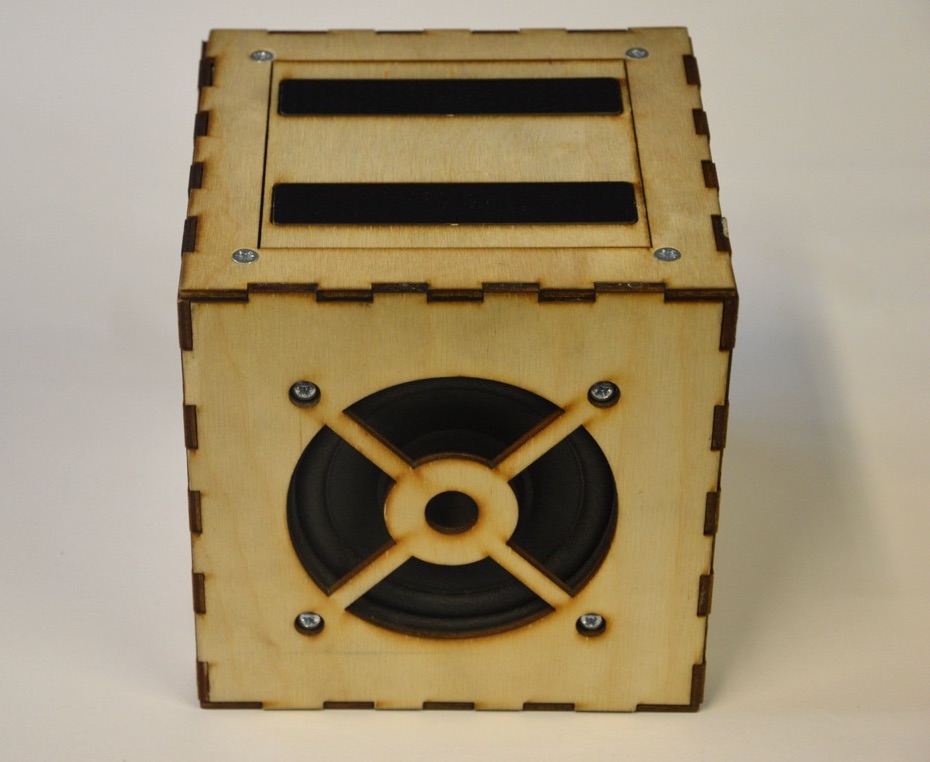 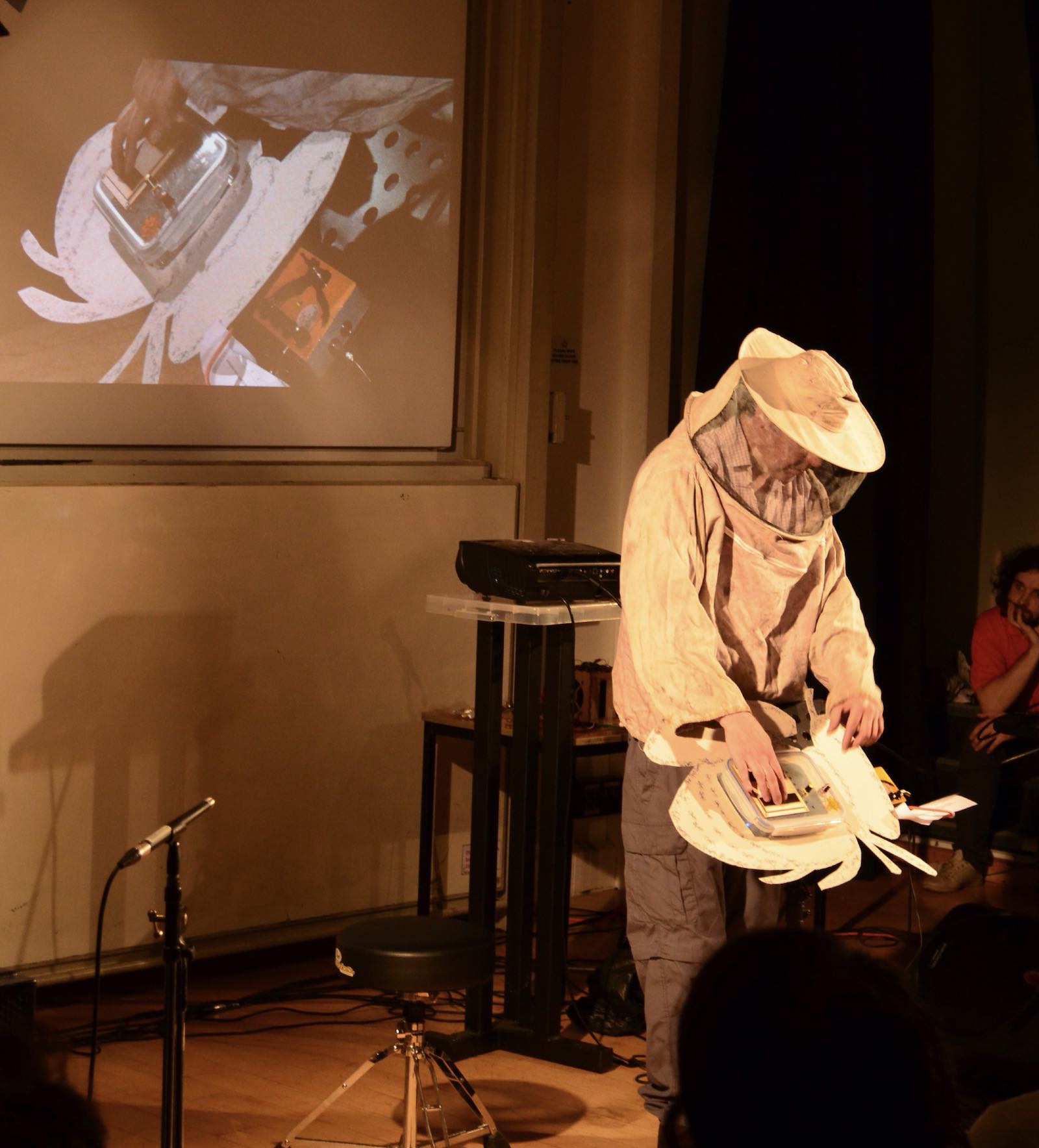 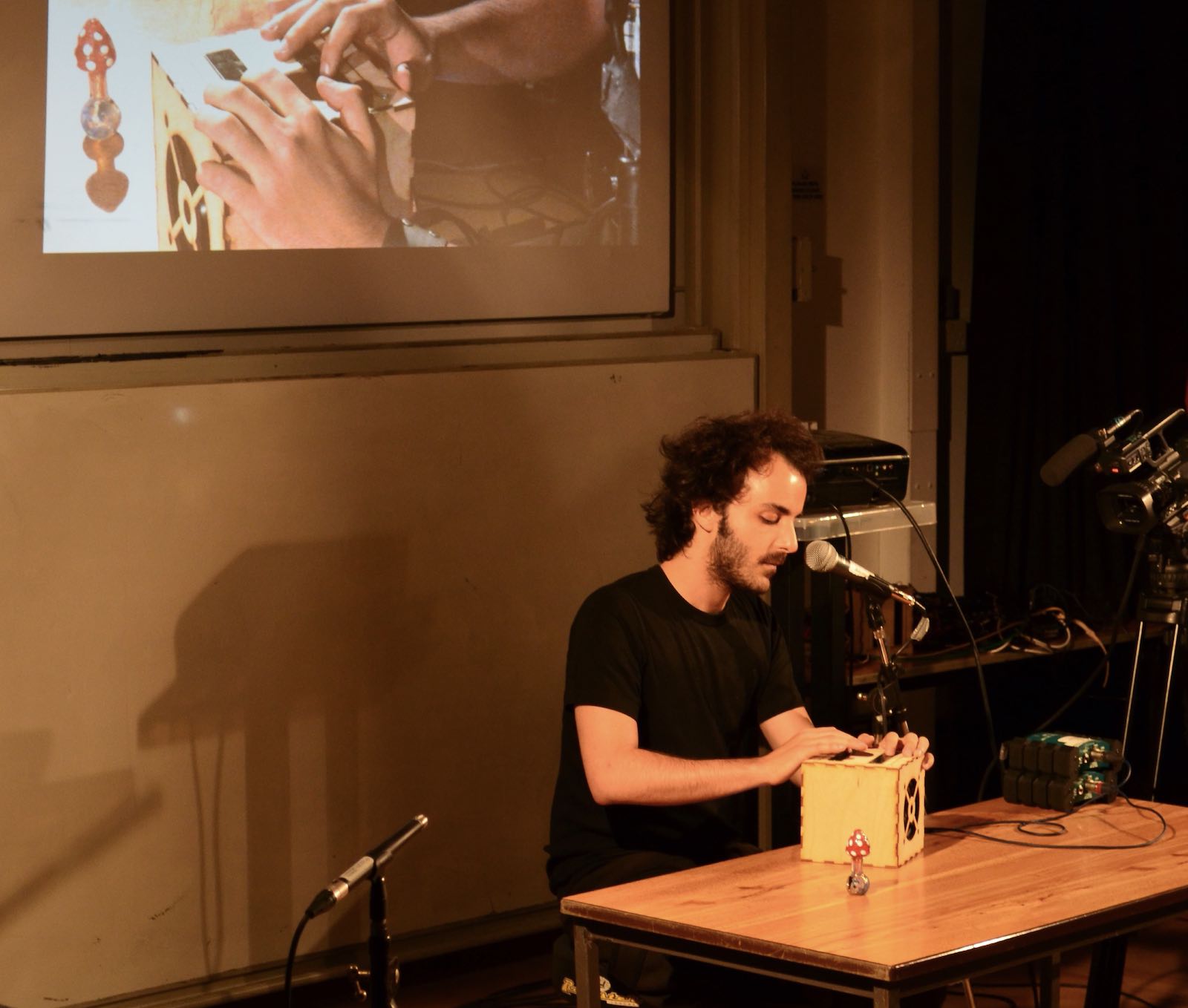 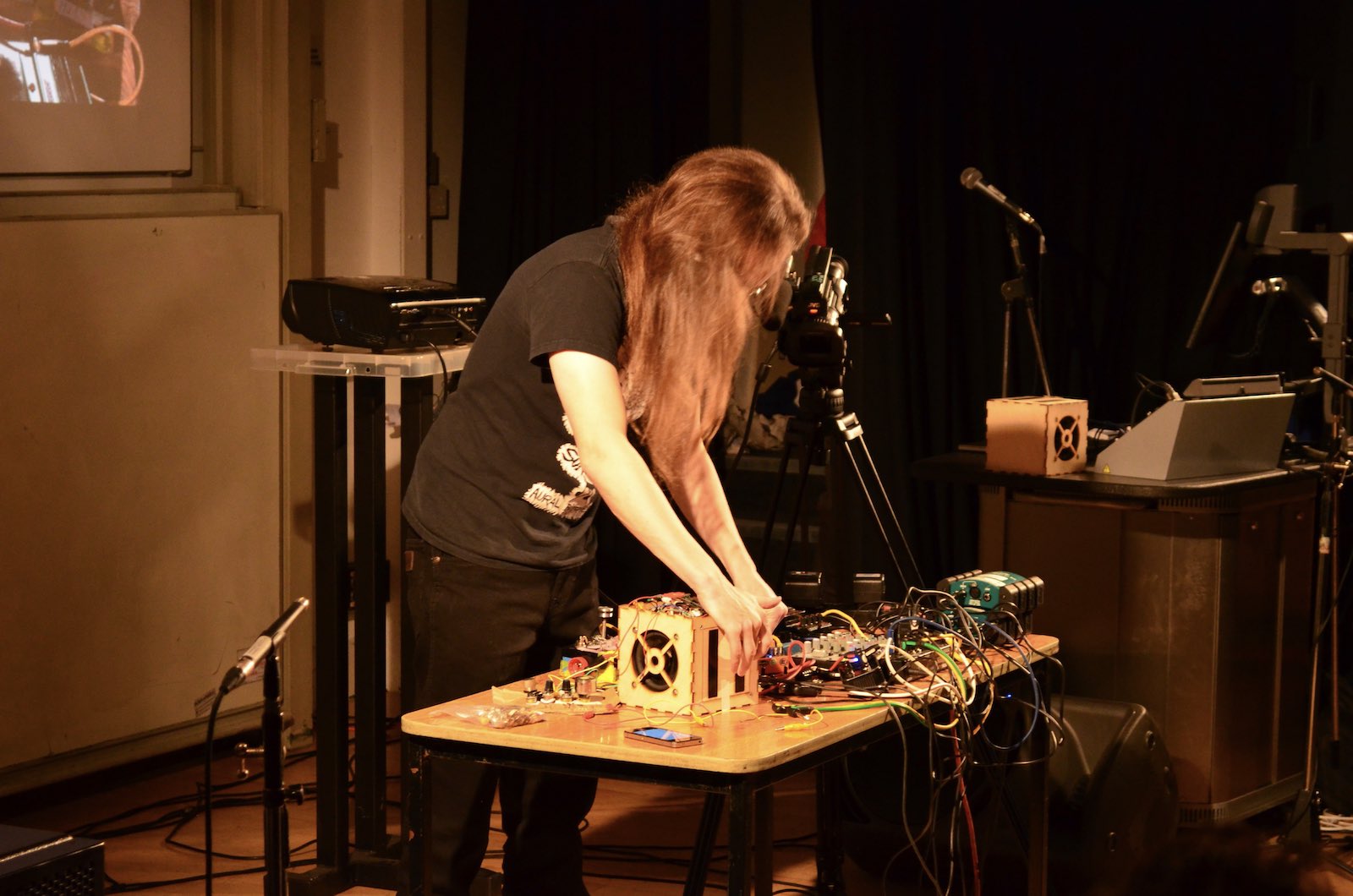 Legacy of the D-Box

Aside from the papers and performances that came from the Hackable Instruments project, the technology behind the D-Box has had an extended influence.

To design the feedback loops between hardware and software, I created an embedded hardware system featuring ultra-low latency processing of audio and sensor signals. This system later proved useful for many other tasks, and it was eventually released to the public as Bela. Following a successful Kickstarter campaign in 2016, we launched a spinout company to continue growing and diversifying the Bela community.

The D-Box also featured novel capacitive touch sensors on the surface. Several years later, the Bela team turned that technology into a family of touch sensors for makers known as Trill. The Trill sensors are easy-to-use modules featuring 1D or 2D sensing of touch position which can be integrated into interactive projects.

Trill launched in a successful Kickstarter campaign in 2019. Most recently, we have released Trill Flex, a simple, low-cost approach to touch sensing using flexible circuit boards.